NO BOOKING OR CREDIT CARD FEES

Add to wishlistAdded to wishlistRemoved from wishlist 0
SKU: 2#2018042401 Tag: Sightseeing

Melbourne All in One bike tour is a 4.5 hour relaxing bicycle ride around Melbourne. This is a great ride for everyone being 90% off roads on safe bike paths and parks. You get a great orientation of Melbourne and the key landmarks that makes it one of the worlds most liveable cities year after year. Whether you’re new to this great city or have lived here for your entire life you will be guaranteed to learn all facets of Melbourne in this one great tour: Melbourne’s “founding”, the Aboriginals, The Eureka Stockade, The importance of sport to this great city, and the Melbourne we live in today. We also include a stop in Fitzroy at one of our favorite bars for lunch! You may want to bring some extra cash for lunch. The tour starts twice daily at 11am and 4pm and goes for about 4.5 hours. During this break our guides will give you great tips on what to do whilst in town such as what’s on, and where and what to eat. Join our guides and other travellers from around the world for an experience to remember forever!

And some secrets we will keep for the day Of course we would not tell you everything here but we always make sure we show you some special places close to our hearts around town and always include some local stories to keep you entertained.

All bike tours meet at our shop in Batman Park next to the Yarra River in Melbourne. You will see our red bikes lined up out the front or our guides getting people ready on there bikes. You can catch a free Melbourne CBD tram to either Batman Park or the Melbourne Aquarium. 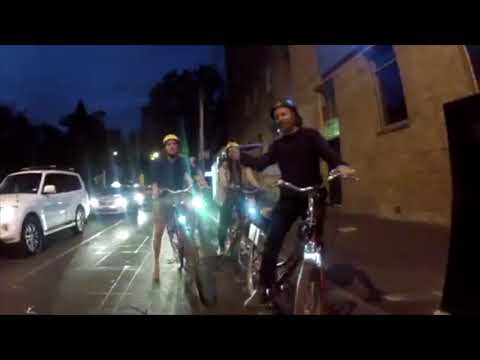 There are no reviews yet.

From: AU$22.00
Read more
Added to wishlistRemoved from wishlist 0
Melbourne

From: AU$18.00
Read more
Added to wishlistRemoved from wishlist 0
Melbourne

From: AU$160.00
Read more
Added to wishlistRemoved from wishlist 0
Melbourne